Save the Hine Emerald Dragonfly! 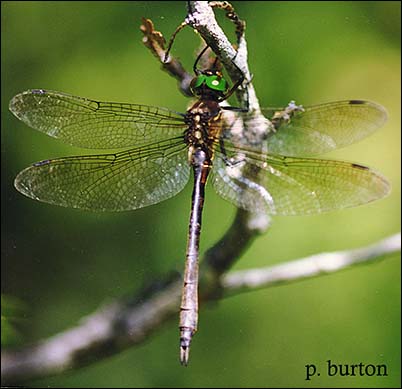 Save the Hine Emerald Dragonfly!!!

Well…the Hine Emerald Dragonfly does contribute to the environment. They catch and eat small flying insects, including mosquitoes, biting flies, and gnats. When the dragonfly is young or a nymph, it is an important food source for larger aquatic animals such as fish. They serve as excellent water quality watchdogs, are part of our nation’s natural heritage, and add beauty to our world. The IUCN Red List states that current populations are stable. They estimate that there are about 30,000 individuals globally. Let me just tell you that is not a lot. The Hine Emerald Dragonfly was placed on the Federal Endangered Species list in 1995. The primary reason for the species’ decline was the loss of habitat due to urban development. This means that the Hine Emerald Dragonfly’s habitat is being destroyed to build urban cities for us people. Changes in Ground Water Development that decrease the amount of groundwater flowing to the dragonfly’s habitat threatens its survival because it depends on spring-fed shallow water to breed, (or a water source originating underground but flowing to the ground surface water to breed). Hine’s Emerald Dragonfly is named for the dark, metallic-green body and brilliant green eyes of the adults. Like all dragonflies it has a small head with large compound eyes, two sets of lacy wings striking out from its abdomen, two yellow stripes on its belly, and a long thin ten-split abdomen in ending reproductive organs. These beautiful Hine’s Emerald dragonflies don’t deserve to be extinct.

Please help save them by not destroying their habitat!